Causes that may not know they can cause depression

We all know that there are different factors that can cause depression in humans, such as the death of a loved one, financial problems, unemployment, divorce or separation, suffering a trauma, etc.

12 cases have been reported little known that can cause depression, and are as follows…

1) Having a thyroid disease

The thyroid is a gland found in the neck, when for some reason, this gland does not produce enough thyroid hormone, called hypothyroidism occurs. This hormone has many functions, but one of its main tasks is to act as a neurotransmitter and regulates serotonin levels.

When there is not enough thyroid hormone crossing our body, we can experience depressive symptoms. However, it is not the only symptom, you can also notice a special sensitivity to cold, constipation and fatigue. If you have all these symptoms, you should consult your doctor, just in case. Hypothyroidism can be treated with medication. 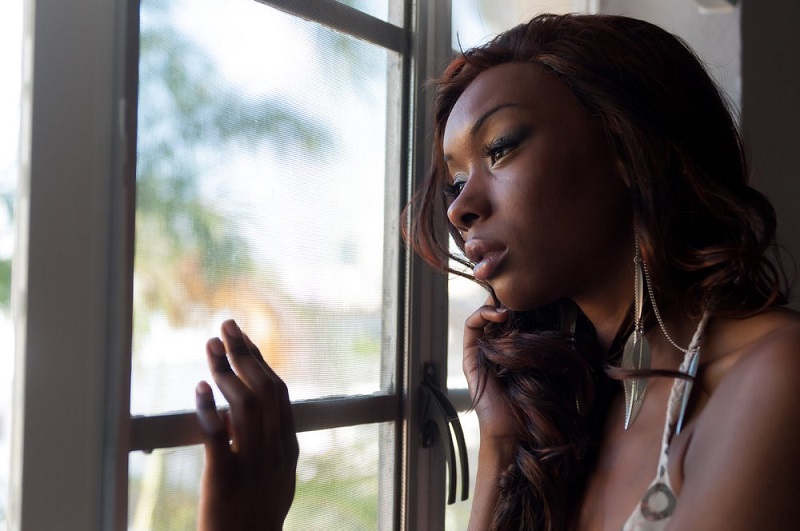 Sleep is vital for people. The sleep deprivation causes headache, irritability, and many other unpleasant symptoms, but apparently can also increase the risk of depression. A study in 2007 showed that when healthy participants were deprived of sleep, had increased brain activity after seeing disturbing that the control group was well rested images.This reaction is similar to that of depressed people, said one of the study authors. “If you do not sleep, you do not have time to replace brain cells. The brain stops working well and this can lead to depression,” – says Matthew Edlund, director of the Center for Circadian Medicine in Sarasota, Florida.

3) An “overdose” of social networks

Various studies suggest that the fact spend a lot of time chatting and connecting to social networks, can be associated with depression, especially in the adolescent stage.

Some people “addicted” to the Internet can hide problems with human interaction in real life and an unrealistic view of the world. Some experts have called these symptoms “Facebook depression” (depression of Facebook). In a study in 2010, researchers found that about 1.2% of people aged between 16 and 51 years and spent a lot of time on the Internet, had a higher rate of moderate to severe depression. On the other hand, the researchers warned that it was unclear whether excessive Internet use leads to depression or whether depressed people are more likely to use the Internet.

4) The change of season

Seasonal affective disorder (SAD) is associated with a tendency to suffer from a higher level of sadness during times like autumn or winter and affects about 5% of the general population. However, what is not so well known is that at least 1% of people suffering from this form of depression in summer.

SAD usually occurs when the body must adjust to a new station. The body is not so easily adapted to the new schedules, which could be due to imbalances in brain chemistry and hormone melatonin.

The fact smoking has been linked many times with depression, although as in the case of social networks, the question is: people who smoke suffer major depression for it, or people with depression are more likely to smoke.

In any case, it is known that nicotine affects the correct activity of brain neurotransmitters like dopamine and serotonin (as the mechanism of action of antidepressant drugs). This may explain the addictive nature of the drug and mood swings that come with abstinence and why depression is associated with quitting smoking. Avoid cigarettes could help balance brain chemicals.

6) The end of a series, a television program or a movie

When a program or television series that we like and we’ve been big fans coming to an end, as with other life events (such as home renovation, etc.), can arise unexpectedly depression in some people. Some fans of the Harry Potter films reported feeling depressed because the saga is over. The same happened with the movie Avatar. A fictional narrative that makes them forget about real life, and their own problems drags people often.

7) The place where you live

In several studies, it has failed to detect that people living in urban areas have a 39% higher risk of mood disorder than those in rural areas. An investigation conducted in 2011 and published in the journal Nature offers an explanation for this event: the inhabitants of the cities have a higher level of activity in the part of the brain that regulates stress, or what is the same, the levels of stress in the city are higher, which can lead to emotional disorders.

Apparently, even the altitude plays an important role. The risk of suicide increases with altitude.

In today’s society, where we have so many things at our disposal, we have a number of options to choose from either a jacket or appliance. Buyers, who take the first thing that fits your needs, are those who have fewer problems in this regard, according to some psychologists. On the contrary, some people cannot handle all that well this overload of options, and just reviewing endless form which may be your best choice. The investigations suggest that this coping style is associated with perfectionism and depression.

9) Lack of fish in the diet

It has been found that low intake of omega-3, found in oils salmon and vegetables may be associated with an increased risk of depression. A Finnish study in 2004 found an association between eating less fish and depression in women, though curiously not in men. These fatty acids regulate neurotransmitters such as serotonin, which may explain the link.

10) The poor relationship between brothers

Any difficult relationship can cause depression, but a 2007 study published in the American Journal of Psychiatry found that men who do not get along with their siblings before age 20 were more likely to be depressed during adulthood.

Although it is not clear why they are so important sibling relationships, the researchers suggest that could help, children develop the ability to interact with peers and socialize properly. Regardless of the reason, excessive disputes are associated with an increased risk of developing depression before 50 years of age.

Like any medicine, birth control pills have side effects. Oral contraceptives contain a synthetic version of progesterone. Studies suggest that these higher progesterone given to women, levels can cause a higher rate of depression.

Depression, unfortunately, is the side effect of many medications. Without going any further, isotretinoin is prescribed to eliminate acne, increases the risk of depression in some people. Depression has also been found that is a side effect of drugs given to treat insomnia.