In your fears, you’re never alone

When we were little we did not have any big problems to show our fears. Sudden weeping, running in the arms of mom or dad, was part of being small and we did not feel judged for it.

From a certain point, however, more or less from adolescence, society begins to change its judgmental criteria and those fears accepted in the smallest become a taboo to hide as it grows. 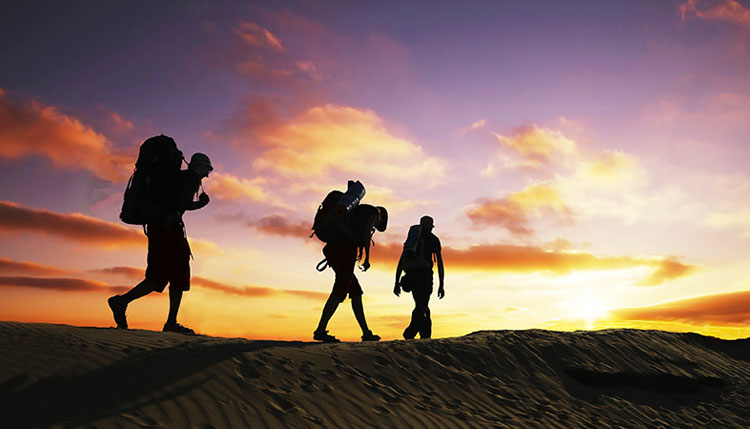 But who said a young man, an adult, or an old man should not be afraid? Who has decided to be afraid does not have courage?

Fear is a fundamental mechanism of protection but also of exploration of the world. It is not always true that fear defends us by avoiding something risky. Fear also acts as an emotional filter between a stimulus and a reaction, and as such is often overcome and exploited as a learning mechanism rather than a blockage.

In essence, it allows us to modulate our responses and make them more relevant to the situation. For this reason, in times when we are more afraid we grow more. This happens from children, adolescents, and all the moments of great uncertainty that each of us lives in the afterlife.

At the same time however, many adults cease to grow, stop at the youth version, just because they do not recognize and therefore never exceed their deeper fears.

For this inability to recognize and deal with our fears, we modern men are desperately trying to look hard outside, but we are incredibly soft inside.

You may also like to read: Are Disability Benefits Available When Suffering From Social Anxiety?

At one time we were real warriors who could face death and today we are also terrified by our shadow, victims of anxiety and insecurity. We believe in heroes because we are exiting some overtaking overtaking on a state road. But do we have the strength to face our mortality? Or do we just do everything we can to think about it?

Spartan children were taken to their families for seven years to be transformed into warriors. They were overwhelmed by the fear of death. They knew loneliness, blood, pain, but also joy, glory, and honor. Today, everything seems to be all wrong, but at least it was not false. It was the approach that served the Spartans. What do we need today? Do we know how we want to be? Do we have the strength to ask for it?

Of course no one wants to become an ancient spartan (many aspects of their culture would be considered morally unacceptable today) but do we really want to be content with staying cowardly until death? Can we close our eyes to face one’s own fears to reach a state of true serenity?

After all, we are all equal and it is in the fear that we can feel less alone. Just put aside shame and understand that the key to overcoming any fear is to admit it, recognize it, and then figure out what function it has in your life. Are you there to protect them? Listen to it. Is it there to prevent you from growing up? Then overcome it. The choice is always yours.

The only decision that does not take you anywhere is to deceive you to have a force that you really do not have.