Social Psychology and the reasons for our behavior in group

What it is and what is not Social Psychology?

The Psychology is a discipline that studies (and applied) how to improve the quality of personal and social life of people.

And the Psychology (without adjectives) studies and helps the individual; the Social Psychology studies the interpersonal relationships and worries so that they are functional and positive in the sense of improving the welfare of all.

We must not confuse Social Psychology with Sociology. The Sociology studies the behavior of groups and organizations, while the Social Psychology studies the behavior of the person within the groups and organizations, as well as the relationships established and modification, in a positive sense, both behaviors as interrelationships. 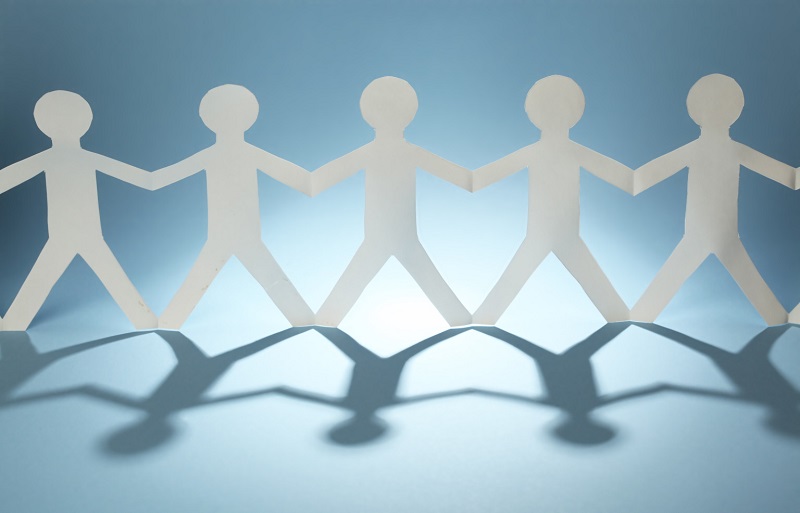 They are very surprising some behaviors of people collective, political or social alienation of people doing real barbarities and lose all rational reference to follow the “thinking” and slogans of conduct dictated by this, by demented and criminal only thought to be.

Moreover, the surprise that caused this kind of demented behavior in Nazi movements of the early twentieth century spurred the development of Social Psychology: Why we are able to show these behaviors? What should we know to be and act as human, rational and social persons and not as automatons at the service of “higher” interests?

Despite this development of Social Psychology these fascist behavior (authoritarian, aggressive and violent) continue to occur in the XXI century, often both sidewalks the same way.

However, in many cases, people are unaware of group psychosocial mechanisms that trigger their own behavior, whereas they are known by the leaders of the group, thereby manipulating social behavior is easy.

What matters is that we all know these mechanisms to enjoy freedom of behavior (no responsibility without freedom) and avoid alienating own and use.

Compliance with the group (Solomon Asch)

Once you covered the physiological needs, basically feeding and hydration, and safety (including not live at the mercy of any dangerous unforeseen) the person has a need to estimate love and group membership (we are social animals in need of affection). Both causes stupor the experiment of Salomon Asch:

Could you tell which bar the three on the right is equal to that of the left?

It seems pretty clear that is the number 2. But what would you say if you were in a waiting room waiting to make a hiring interview in the same room and employees of the company and say what they are discussing is the number 1? Most experimental subjects prefer to be compliant, according to the group, and answer the same: the number 1.

You may also like to read another article on AnxietyReduction: What is human development?

More chilling than the foregoing this experiment Stanley Milgram. This need not be rejected by the group makes us turn to the authority thereof to inhuman ends and sadists. Just look at the behavior of some Israeli soldiers towards Palestinian children, or the treatment of Guantanamo guards allegedly Taliban prisoners. Or, without going so far, violent sadism that some of the policemen here repressing peaceful demonstrations in favor of the environment or social justice.

The experiment of Milgram was that the experimental subject, according to the “rules” received from the authority of the laboratory, had to “punish” by an electric discharge errors to make a second subject supposedly experimental (actually colluded to make the first experiment) in an experiment to analyze your memory.

The first subject, at the controls of a machine behavioral punishment should apply an electric shock to the second subject each time this mistaken your answer. These downloads would be an increased voltage for each mistake, and ranged from a few volts to a life-threatening shock. All experimental subjects accepted their work and were increasing the potential for downloading to each error in cahoots (actually did not receive any download, but that was an important comedy of pain in each alleged), and could be seen as a significant percentage came to “give” potentially very serious shock and none, as he left the experiment was to succor the subject punished.

Longtime the behavioral psychologists and educators know that punishments are useless and in a very high percentage, get the opposite effect intended. What is effective to correct a behavioral problem is the reasoning, persuasion, reinforcing the humanist subject and the reinforcement of the desired alternative behavior.

In these times, both supranational political organizations and educational organizations there is a proliferation of counterproductive punishments. Or the authority that advocates is ignorant or bad: It aims at quite different from those who pretend and say that theoretically applies punishments goals.

Role and behavior (Philip Zimbardo and others)

But what makes us behave in these ways so irrational? Is human nature of those who do? Is a genetic issue that determines authoritarian, sadistic, submissive, liars, determination of which cannot be released?

You may also like to read another article on AnxietyReduction: What is Delusional Disorder: Symptoms and Treatment

The experiment Zimbardo demonstrates no. We can all act from the authoritarian, antisocial, unjust and sadistic or from human and social responsibility dementia. Everything is a matter of “camp” where we take the “war”. Many times, almost always, police and crime are two sides of the same coin and both sides could be on the other side if circumstances they had taken. “I am myself and my circumstances,” and the same could be said of the executioner and the victim or members of two groups confronted. What interests us here is aware of the fact and avoid being aslave to our circumstances and try to be, rather, the driver free them.

Philip Zimbardo and his colleagues did the experiment the role of the prisoner and the imprisoned: They were working with a group of American college students. Randomly selected a group of prisoners had to do a prison and one that should play the role of prisoners. They began the experiment, which was to last three weeks, an old prison that was no longer used as such. Immediately the prisoners, who were using uniform coated aggressive symbols (high boots, wide belts with heavy metal buckles, sunglasses, distinctive in pitera, big black sunglasses … and developed authoritarian, capricious, humiliating and aggressive attitudes to his companions representing the role of prisoners. These, however developed a radical drop in self-esteem, depression and many psychosomatic symptoms. It got so bad that Zimbardo and colleagues had to suspend the experiment before completion of the first week . of three planned after many years, when students were already mature, the parents, the most cited again: Both groups still kept behavioral and psychological consequences of the role of that experience.

The international community has banned psychological experiments of this kind are made. The problem is that our world daily lives thousands of realities so they are not experiments, but pure and simple reality.

What matters is to know these social psychological mechanisms to avoid falling in their traps or as a victim of the same or irrational executioner, not elect our leaders who use these strategies and to report where appropriate cases we know.