Generally, abdominal swelling is attributed to an excessive accumulation of gas, due to organic causes of various kinds. The idea is that too much gas increases the pressure on the gastrointestinal walls, causing bloating. However, over the years it has been discovered that it can also derive from a condition of visceral hypersensitivity or from abnormal motor coordination of the abdominal muscles. In these cases, even in the presence of normal gas volumes, there may be swelling. Patients, in fact, can be hypersensitive, perceiving excessive quantities of gas in reality as modest, or have a swollen belly due to a lack of coordination of the abdominal muscles. This type of swelling is called functional since it does not derive from an organic cause. In this article we will deal with natural remedies for abdominal bloating, distinguishing however the case of bloating due to gas from the functional one.

One of the most effective natural remedies for abdominal bloating is the FODMAP diet, proposed in 2005 by dr. Peter Gibson of Monash University in Melbourne. In fact, it has been shown to reduce abdominal swelling by 50-80%, making it one of the best diets for a swollen belly 1.

FODMAPs are a group of short-chain carbohydrates that the gut struggles to absorb. They, in fact, have a high degree of fermentation, as well as draw water into the intestine. Their consumption, therefore, favors the formation of gas and the accumulation of liquids, causing abdominal bloating. An effective natural remedy for a swollen belly is therefore the reduction of foods high in FODMAPs.

The FODMAP diet plans to limit the consumption of a long list of foods, among which are:

The FODMAP diet can be a useful natural remedy for a swollen belly. However, its use should be limited in time and supervised by a nutritionist due to its possible nutritional deficiencies.

Probiotics can modulate the gut microbiome, whose dysbiosis can cause excessive gas production. Their use can therefore be useful for reducing abdominal swelling.

The combinations of commercially available probiotics for bloating are varied. However, few studies have specifically evaluated its effect on swelling.

Some research 2 – 3 – 4 on Lactobacillus casei strain GG, L. Plantarum, and L. Reuters have shown no benefit on bloating in patients with irritable bowel syndrome (IBS). A randomized double-blind study 5 instead showed that the probiotic L. sporogenous / Bacillus coagulans significantly improved abdominal pain and swelling. Studies 6 on Bifidobacterium, in particular on B infantis  35624They have also been shown to be effective in reducing symptoms of IBS, including swelling.

The main digestive enzymes are:

The lack of digestive enzymes can slow down the digestion of food, prolonging its fermentation and favoring the formation of gas. For this reason, their integration can be an effective remedy for a swollen belly. Some research has indeed shown a positive effect on swelling.

A study of 7 of 50 patients with IBS, for example, showed how a supplement containing enzymes, fibers, and beta-glucans reduced stomach pain and abdominal bloating compared to the control group. In a further study 8, the same supplement was combined with the drug ASACOL ®, an anti-inflammatory used for inflammatory bowel disease (IBD). The effect of this combination was compared with the administration of ASACOL ® alone. After four weeks, the group taking the combination reported fewer symptoms, such as bloating and gas, than the group taking the drug alone.

Herbal teas for abdominal bloating can be effectively used to deflate the tummy. Indeed, some studies 9 suggest that the use of particular herbal teas reduces the formation of air in the belly.

Mint tea, for example, has a marked carminative effect, which reduces the formation of gas and promotes its expulsion. It also has antispasmodic properties, which allow it to reduce the abdominal pain that often accompanies abdominal swelling.

Another herbal tea effective against abdominal bloating is ginger. In fact, it accelerates gastric emptying, limiting the duration of the digestive fermentation processes and the formation of gas.

Absinthe herbal tea, on the other hand, can be useful for swelling after meals. In fact, in some studies 10  it has been shown to reduce the symptoms of dyspepsia that arise after eating.

Exercise can be a useful natural remedy for bloating. Activities such as running can in fact favor the elimination of intestinal gas, rhythmically stimulating the intestine and favoring its peristalsis.

In addition, some yoga exercises can mechanically stimulate the walls of the intestine, stretching and contracting them, so as to favor the elimination of air from the belly.

Massage to eliminate the air from the belly

In some cases, abdominal distension, that is, a visibly swollen belly, may be the result of an abnormal response of the abdominal muscles, called somato-phrenic dysenergy. In these cases, a possible natural remedy for swelling involves retraining the muscles using biofeedback.

Biofeedback is a method by which one learns to control usually involuntary bodily activity. In practice, some electrodes are attached to the patient, which detects the physiological process to be controlled. The result of the measurements is shown in real-time to the patient who, on the basis of this feedback, inhibits or accentuates the processes being measured.

In the case of de-energy, the patient trains to correct (retrain) the activity of the abdominal muscles, balancing it on the basis of the information provided by the electrodes. The ultimate goal is to be able to control the altered muscle activity, responsible for the swollen belly. 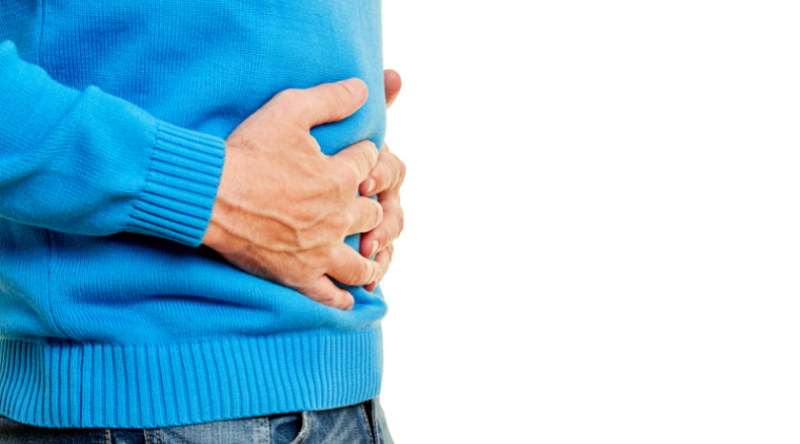 Diaphragmatic breathing, also known as “belly breathing”, can be a good alternative to the less accessible biofeedback. It involves inflating the belly during the inhalation phase and contracting it during the exhalation phase. This allows you to train the diaphragm and abdominal muscles, learning to control the muscles involved in deenergy.

Hypnotherapy or hypnosis is a technique through which the patient is guided into deep relaxation, through the suggestion of images and relaxing sensations, which have as their object the patient’s symptoms. The idea is therefore to use hypnosis as a means to modify the perception of the subject’s symptoms.

Several studies 11 – 12 – 13 have unexpectedly reported that hypnotherapy reduces the feeling of bloating in patients with IBS and that improvement is maintained over time. Furthermore, some research 14 – 15 has shown how hypnosis can normalize rectal visceral sensitivity by regulating the perceptual threshold of the intestine. In some cases, in fact, the functional swelling is not due to an excessive accumulation of gas, but to a hypersensitivity of the intestine, which increases the perception of gas.

In summary, hypnotherapy may be useful in patients with IBS who have not experienced significant improvement with conventional therapy, as suggested by a Cochrane review 16 on the efficacy of hypnosis for IBS. However, the review advises caution in interpreting the results, due to the methodological limitations of the studies performed so far.