Depression is a treatable medical illness that falls under the category mood disorder. There are two different types of moods, high (happy, euphoric) and low moods (unhappy, sad). Bipolar means two poles or opposite extremes. Bipolar disorders then contain mood swings which fluctuate between high and low moods. In unipolar depression, the depression discussed in this site, we are looking at one pole, one mood. In unipolar depression, normally referred to as depression, we see a mental condition over a prolonged period of time characterized by feelings of sadness, hopelessness, inadequacy, low energy, guilt, worthlessness, appetite change, sleep change and loss of interest in life.

High and low moods are normal responses to every day life and vary according to what is going on in our lives, celebrations or failures, high or low levels of stress, fatigue or minor illnesses. The low moods experienced for a short term from failure, loss of a job, or being over tired are not depression in the medical illness sense and do not require treatment, although people apply the term depression to low moods rather lightly. In depression as a medical illness the low mood is pervasive and sustained and impairs the person’s ability to function normally in the home, work, or social environment. In 15% of untreated cases this mood can become so debilitating it leads to suicide. 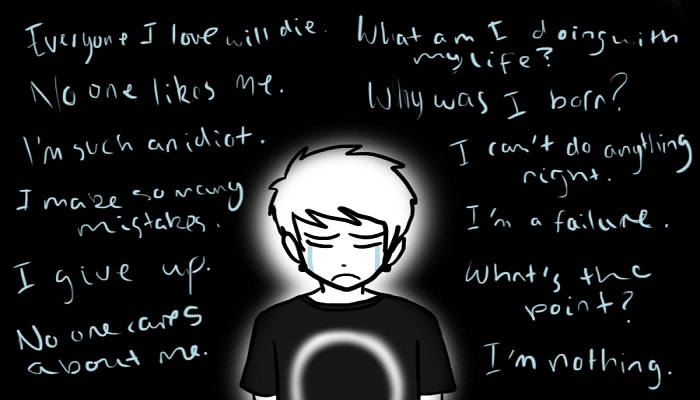 About 10% of the population in North America experience depression at any given time. Fortunately, depression is a very treatable illness. Many medications are available and newer medications regularly come to market with fewer side effects than the medications previously available. The earlier a patient sees their doctor and begins treatment, the greater success they have with the treatment.

Major Depressive Disorder is depression consisting of low mood or no interest in normal activities with five or more additional depressed symptoms which last throughout most days at a level of severity that interferes with normal life, at home, work or socially.

Dysthymia is a persistent prolonged (two years or more) mild depression which does not meet the severity and number of symptoms necessary to be diagnosed as a Major Depressive Disorder. Nonetheless people report feeling sad or ‘down in the dumps’ for the greater part of the day on most days.

Seasonal Affective Disorder is a Major Depressive Disorder which usually occurs the same time of year, usually in the fall and winter months.

Atypical Depression The person with atypical depression primarily experiences depression for a great deal of the day and on most days but they maintain the ability to change their moods as a response to situations that go on around them. This ability is often called “mood reactivity”. In most Major Depressive Disorder people are unable to respond with levity or happiness even over wonderful events, whereas in atypical depression this is not the case. People often report increased eating, sleeping, fatigue and are overly sensitive to events or comments of others.

Post Partum Depression is Major Depressive Disorder is precipitated as a result of childbirth. This depression is generally experienced within the first month after giving birth and is not the same as the normal down mood ‘baby blues’ experienced by the majority of mothers during the 10 days after delivery. It occurs in approximately 1in 500 to 1 in 1000 deliveries and may or may not be accompanied by psychotic features (losing touch with external reality). Childbirth may precipitate a Major Depressive Episode in Bipolar Illness as well.1

Major Depressive Disorder with Psychotic Features (Psychotic Depression) When a major depression is accompanied by symptoms of delusions or hallucinations the term Psychotic Depression may be used. Generally but not always the hallucinations or delusions are in keeping with the mood. They may be delusions of having cancer, going bankrupt or someone wanting to harm them. Hallucinations may be of voices telling them they are a terrible or unfit person. In other words most people do not have a positive hallucinations or delusion when having a depressed mood. When this does occur however, it is called mood in-congruent psychotic features. These people may believe they are having their thoughts controlled by an outside forces or that they can be heard by others.

The most important thing to remember is there is treatment available for depression. Depression is a treatable illness not a character flaw. Diabetes, heart disease or thyroid malfunction is treatable and people see it as an illness. It is equally important to see depression as a chemical imbalance that needs to be corrected to feel well and enjoy life.