People experiencing a Major Depressive Disorder will report feelings of depressed mood or no interest in normal activities. In addition people will experience five or more other symptoms such as those listed below for a period of two weeks or longer which are not due to another medical illness or substance use. These symptoms are of a magnitude that interferes with normal daily activities at home, work or socially. In cases of the elderly we often receive reports of chronic pain or an increase in somatic complaints and impaired memory or concentration are common. In children also somatic complaints such as stomachache or headache are common.

Since many medical illnesses can be accompanied by depression it is important for the patient to be thoroughly examined by a physician to rule out an illness as the cause for the depression. A thorough history of medication or substance use is also important as these too can cause depression. Substance abuse may also serve as an alert that the person may be experiencing depression and resorting to substance use as an attempt to gain relief from the symptoms. Alcohol is a depressant and in the long run a person is making their condition worse through these attempts. 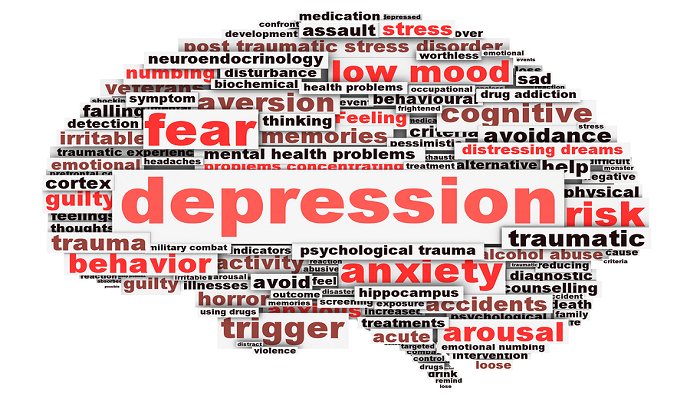 Signs and symptoms of a Major Depressive Episode include:

It is important to know that some people with depression might have suicidal feelings due to their illness. These symptoms can be successfully treated. If you or someone you know has suicidal feelings you should:

• Call the emergency room, your doctor or 911
• Make sure you or the suicidal person has someone with you
• Prevent access to large amounts of medication, weapons or any item that could be used to inflict harm

Signs and symptoms that may be seen with suicidal feelings are:

• Making a will
• Giving possessions away
• Talking or thinking about suicide
• Putting one self in dangerous situations
• Feeling hopeless, helpless or a burden to friends or family
• Writing a suicide note
• Abusing drugs or alcohol
• Hoarding medications4,8

Signs and Symptoms of Dysthymic Disorder

Dysthymic Disorder Some people report a persistent mild depression. They do not meet the criteria above for a Major Depressive Disorder but throughout most days they report feeling unhappy, down in the dumps or sad for at least a couple of years or more. In addition they experience at least two of the following symptoms:

Fortunately, depression is treatable. There are a large number of medication and psychotherapeutic options available that are effective. In addition ECT can be effective and may be chosen, for example, in situations where treatment needs to work quickly, in pregnancy, or in the elderly who may be severely depressed and not eating.