Normally, when we speak or read about depression, all of us are automatically led to imagine a certain prototype of a “depressed person”. More or less, in the collective imagination, the depressed classic presents …

However, depression does not always appear so clearly and clearly. This makes it even more difficult for the person himself and above all for those around him, to recognize a moment of difficulty. It also inevitably delays the request for help from a professional. 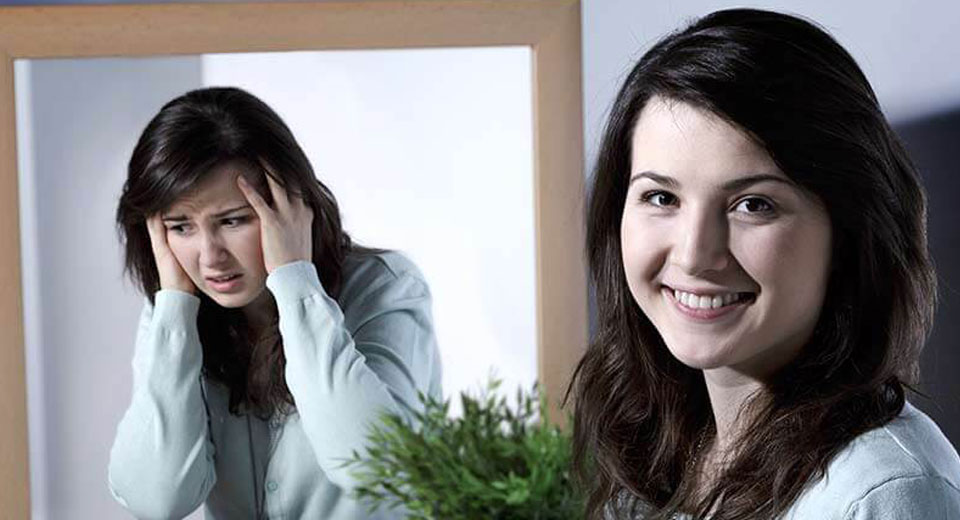 For some, the manifestation of depression may have something to do with anger. Dysphoric reactions, nervousness, tension and often strongly aggressive reactions (towards people or situations), to minimal stimuli are found.

Other times, depression manifests itself mainly through organic disorders and symptoms, often difficult to ascribe to a precise diagnostic label and, also for this reason, tending to chronicity. In fact, there is talk of masked depression which is often linked to somatization disorders.

It seems absurd, but one can also witness a depression characterized by a picture apparently within the limits of “normality”. There are people who, while experiencing the typical feelings and emotions of depression, manage to smile, to work and socially and even to look happy on the outside and able to manage their lives efficiently.

In these cases, the expression “smiling depression” is used, just to indicate the typical attitude in these cases. With affirmations like “I’m fine”, “it’s all right”, the subject shows a smile of circumstance. He works hard to hide the feelings of fragility, sadness, disorientation, lack of hope.

Speaking in technical terms, this is certainly a form of atypical depression, which allows those who are affected to carry on a normal life, to always appear satisfied and serene in front of others, while internally they live totally opposite emotions. It goes without saying that the first difficulty in these cases is precisely linked to the possibility of recognizing the problem early and clearly, so as to be able to help the person who suffers from it.

The literature on the phenomenon of smiling depression

Recently, in this regard, Dr. Olivia Remes, PhD student psychologist at the University of Cambridge (UK), has published an article in the journal The Conversation. According to the expert, this condition can have an early onset in the life of the person and last even very long. This is due to the late identification (which, in many cases, never occurs) and the peculiarity of its characteristics, which do not respond to the normal parameters of classical depression.

From the research carried out, it seems that it affects between 15% and 40% of depressed subjects, resulting more frequent among subjects with a tendency to mental brooding on the past and hypersensitive to criticism or socially embarrassing situations.

In addition to those already mentioned, there are other reasons that make this form of depression more dangerous. In fact, appearing happy to others while actually suffering deeply can be a symptom of a serious difficulty in accepting to have a problem. We are not aware of a condition that would need to be taken care of, or we are sure of “doing it ourselves”, underestimating the real situation or overestimating our resources and capabilities.

Why hide your depressive state?

People with a “smiling depression” may be afraid of being considered weak or vulnerable if they show their difficulties on the outside. Or present strong feelings of guilt for suffering or making people suffer.

As in many other psycho pathological frameworks, the idea of being able to need a psychotherapist may appear exaggerated and lead to feeling “crazy”, therefore avoided. It may happen that these people do not talk about it with anyone, who tend to reinforce and increasingly show their “smiling”side . They provide an unrealistic but at the same time very efficient image.

The suicidal risk to which this form of atypical depression exposes is also greater than in the classical forms, because the subjects are in any case able to actively carry on their daily life in its various facets. They therefore have less difficulty in finding energy and resources to implement the actual suicidal intentions.

The treatment of smiling depression

As (and perhaps more) in classical depression pictures, even in this case, timely intervention by properly trained specialists is decisive for the prognosis of the disorder. In Cognitive Behavioral therapy, in addition to acting on any dysfunctional reactions and behaviors, we try to understand together with the patient what his overall functioning is.

It helps you to become aware, in the specific case of “smiling depression”, of the fact that it is neither necessary nor useful that the person takes care of himself completely on his own. That it is not humanly possible to do it alone and that their discomfort also hides a profound malaise. We try to reinforce an alternative style of thinking, which allows the person to show their real moods outside, also providing useful and effective tools to deal with them.