The works of Edward Jenner

Edward Jenner was born in Berkeley in Gloucestershire in 1749 and worked as a general practitioner and surgeon. As a young boy he was given virolation against smallpox which essentially was a way of inducing an immune response by subjecting the individual to the virus from an infected person. This was a potentially damaging way to create immunity against smallpox and Jenner himself suffered from a number of health issues as a result of this. 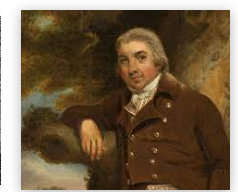 Jenner was incredibly skilled in plant and animal anatomy and he successfully set up medical practices in the London and Cheltenham areas over the course of his working life. He is well known for his discovery into cowpox and smallpox that ultimately changed the course of the smallpox virus. Many people who work in medical professions and Live in Care Gloucester jobs like those from Take Five Homecare Live in Care will be wellaware of the impact Jenner had on the world of immunity and vaccinations. 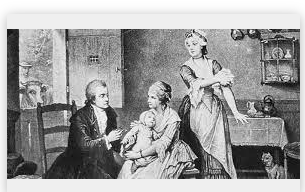 Edward Jenner was intrigued by a rumor that countryfolk who contracted cowpox from their herd, did not go on to become infected with smallpox, even if they were in contact with people who were infected. He took a sample of cowpox from a milkmaid and gave it to a boy of 8 years of age. The boy developed a few spots and felt a bit under the weather for a few days and then he recovered. Jenner then carried out the standard virolation with smallpox and, to his delight the boy never contracted smallpox. This paved the way for a smallpox vaccine to be created.