What Happens to our Brain at the Point of Death?

Some questions have puzzled doctors and scientists for the whole of human history. As much as we advance as a race – we come up with huge medical advances to prolong human life and the 20th century saw rapid changes in treating illnesses. Indeed, with plenty of research from companies like www.trials4us.co.uk who provide Paid Medical Trials.

As a race humanity has made huge strides both in treating illness and prolonging life. However the big question still evades us and that is what happens when we die? 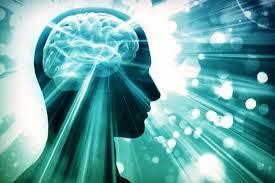 We can’t ask the dead about this; therefore it seems an impossible question to answer. With that being said scientists are starting to learn what goes on in the brain at the moment of death.

Cells start to die when oxygen stops flowing – so when the heart stops and oxygen is no longer transported to the cells, all cells – including brain cells – will die. But what scientists have found is that it can take up to 5 minutes for the brain cells to die. This explains a lot of the near-death experience stories that people who have had their heart stop beating and restarted often recount afterwards.

Although these stories vary, many of them seem to contain common themes – a bright white light, meeting loved ones who have previously passed over and an overwhelming feeling of peace and calm are all common in these tales. Scientists believe that the reason for this is that when the heart stops beating, the brain cells have one last surge – much like they have when we have a vivid dream – which can produce this euphoric feeling and these experiences.