Laughter Yoga starts from the premise that laughing is good for your body and mind as much as Yoga! Why not put these two activities together? Discover with us what is the Yoga of laughter, how it was born, what are its benefits and some exercise to practice it in company.

Laughing is good for the body and the spirit. Exactly like Yoga … And if Yoga and laughter could be practiced at the same time?

You have understood correctly: among the many styles of Yoga in vogue at the moment, there is a very special one, the so-called Yoga of laughter . If you are curious to find out what it is, what is its history, what are the benefits it entails and what kind of exercises it offers, do not waste your time and keep reading! Meanwhile, remember that before practicing any physical activity it is always good to start with a bit of stretching.

What is Laughter Yoga?

Laughter Yoga starts from the assumption that laughing is very good, helps to overcome stress and improve our health. This type of Yoga uses specific techniques to succeed in achieving a self-induced laugh that then, by dint of practice, will become completely spontaneous.

Laughter Yoga should be practiced in a group, because laughing in the company is always easier and more engaging than doing it in solitude! 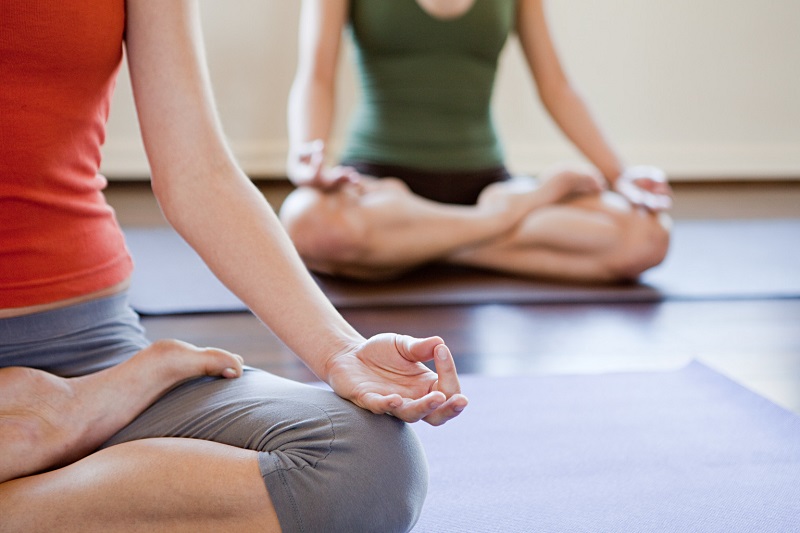 How was the Yoga of laughter born?

The Yoga of laughter was invented by Madan Kataria, an Indian doctor who, in 1995, deepened her studies on the miraculous power of laughter. Since laughing is good, why not learn to do it with specific techniques?

Madan Kataria began to organize groups in which to practice laughter in various ways, but the experiment did not go well. At least until he developed a series of exercises designed to self-protest the laughter that, after being voluntarily induced, ends up becoming completely spontaneous, bringing real benefits. In this way he founded the first “Laughter Club”, which would have been followed by about six thousand around the world!

What Yoga has to do with itare you wondering? The exercises designed by Madan Kataria are very similar to those of this discipline, because they are based on a conscious approach to breathing.

You may also like to read: Staying in shape? Easy, with exercises to do at home!

The benefits of Laughter Yoga are so many, try it! The important thing, of course, is to practice it consistently.

First of all, reduce stress: laughter lowers the level of cortisol, the stress hormone, definitely improving the mood! With the decrease of stress, it also improves the sleep-wake rhythm, so it is really beneficial for those suffering from insomnia .

Again: Laughter Yoga improves the functioning of the cardio-vascular system, regulating the pressure and improving the oxygenation of blood and brain. Then it strengthens the immune system, releasing enkephalins.

Like any yogic discipline, it helps to improve breathing and raise the level of pain tolerance.

The Yoga of laughter is finally a panacea from the psychological point of view : it helps to overcome anxiety, depression, panic attacks or attacks of anger, decreases the fears and increases self-esteem. 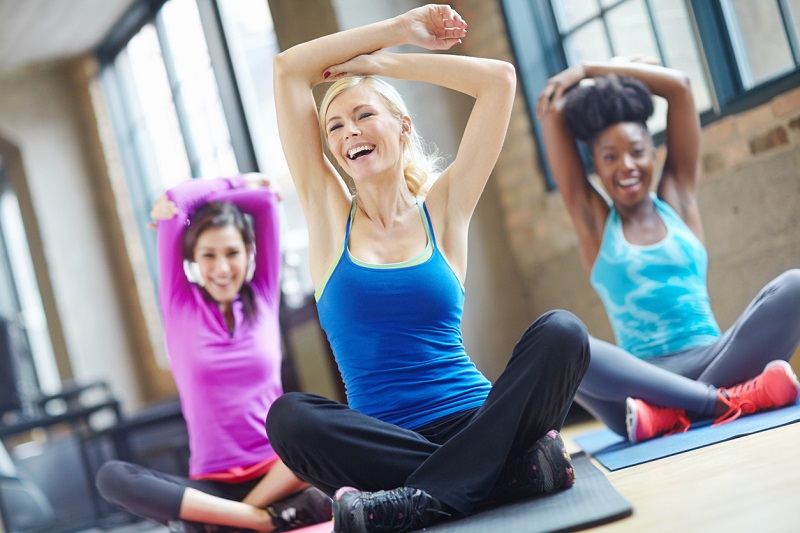 Are you wondering what kind of exercises is expected from Laughter Yoga? Soon said. Each lesson lasts about half an hour and is divided into three parts.

In the first part we proceed with a warm-up based on Yoga techniques. There are also precise exercises to prepare the body for laughter, such as the “Gibberish speech” (in which the participants begin to talk to one another with meaningless words, but with a precise rhythm) and the rhythmic beat of the hands, which serves to stimulate energy centers.

The second part it’s the one where you start laughing seriously! There are many techniques used to develop self-induced laughter: generally you try to laugh for thirty seconds, then follow the exercises of breathing and stretching similar to Yoga.

The last part is the so-called “laughter meditation”, which allows you to free the spontaneous laughter that is in us and relax. After this meditative practice, each shouts of the liberating phrases followed by a “yes!”