Guide for Anxiety – What is anxiety?

Although each has its own way of defining anxiety (as experiencing symptoms), there is one thing that always agrees people suffering from anxiety…

Anxiety is a general term used to define various psychological disorders which cause different types of symptoms and situations: nervousness, fear, panic and constant for something to happen (usually a bad thing) concern. Anxiety directly affects our mood and triggers one or more daily anxiety attacks. The first sensation you may feel is a sense of unease, which continues with a concern, which is becoming more and more intense. Once the concern is enlarged, we have a (albeit totally irrational) uncontrollable fear. Moreover people who suffer from severe anxiety, face a constant struggle with symptoms, these symptoms can be both physical and psychological. 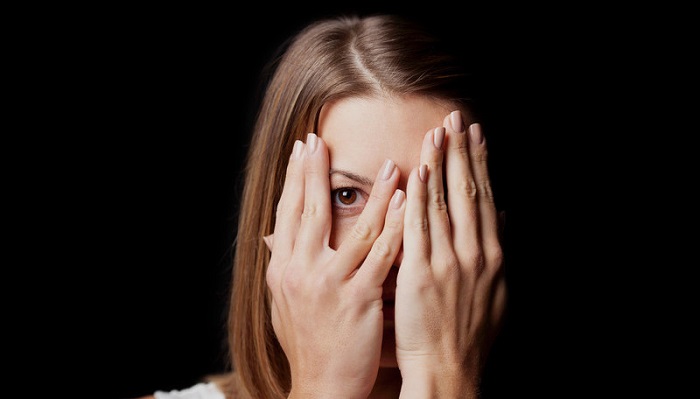 To better describe above, it could be summarized as: Anxiety is a cumulative stress created based on fears and, as a result of these fears, symptoms appear and phobias, as well as the negative or obsessive thoughts that eventually trigger OCD (Obsessive Compulsive Disorder).

But this does not end here. To know well the anxiety, we also need to know the different diseases that come directly from your branch. Therefore, we will make a short summary of the most common. In addition, you should also know about the six steps for how to manage and combat anxiety.

What is generalized anxiety disorder?

Generalized anxiety disorder better known as (TAG) is a disorder that can be reached in some chronic converter if the person does not remedy time. The disorder is characterized by excessive really be something, something a person cannot control. The constant fear is the worst fear experienced by people who have been diagnosed with GAD.

People who suffer from generalized anxiety disorder often feel constant fear and concern for all that, in many cases the sufferer does not realize that in truth, is worrying as it is not able to know exactly which It is what worries or that is what really afraid. Usually this fear is often for various reasons, but the most common are the following: health, family, money, work or studies. Note that the cluster of 2 or 3 of these concerns, just triggering the so-called “fear of fear”. People who suffer are not usually able to identify their fears or their ongoing concerns. This just interfering in everyday life and everyday activities such as going outside, wear a social life, work or study, travel etc.

“Do not confuse the generalized anxiety disorder panic disorder. Although often cost diagnose which of the two is what is affecting the person”

What is panic disorder?

Panic disorder is a type of anxiety which is characterized by being attacked by fear, rage, anger and helplessness. Anxiety attacks are sudden, usually brief (between 2 and 10 minutes) in which the person suffers a horrible, intense fear and uncontrolled which finishes with agitation, confusion, dizziness, nausea, difficulty breathing or shortness of breath. These symptoms are also very common in generalized anxiety disorders, but the difference with panic attacks, they are more sudden and act destructively, Making the life of the person is “endangered”. This being totally unrealistic danger, created by our own mind.

People suffering from such diseases, often very hypochondriac and when they see a person with a disease, believe they also are developing. In many cases, they found cases of people who have suffered: psychological pregnancies, psychological pain head (cause to believe that a tumor is suffering) and even unrealistic myocardial heart.

Although many people believe that phobias are generalized anxiety disorders, this is not entirely true. If it is true that a person suffering from an anxiety disorder suffer from phobias, but if you’re diagnosed to suffer only 1 to 2 phobias, know what the differences are.

A phobia is an irrational fear that, unlike a generalized anxiety disorder, these are focused on one goal: object or situation. When we say that a person has a phobia, we refer to:

Moreover, many people suffer from agoraphobia. Being in closed or crowded places, as well as in certain places, it can be terrible for a person suffering from agoraphobia. The symptoms are identical to those of a panic or anxiety attack and therefore, everyone can learn to control and above all, to heal.

When someone is in a situation like this, the person is unable to control anxiety. Fear takes over his mind and body and is completely isolated from the outside to get full in each of the sensations of your body.

Moreover people who suffer from specific phobias, also often experience what is called “social phobia”. This is because they are more likely to feel intimate and unsafe in public or with strangers.

What is social anxiety disorder?

Social anxiety disorder plays an important role in people suffering from anxiety and although many people deny it, they feel negatively judged in any situation, but this is not so at all times. The fear of being judged negatively or embarrassment of speaking in public or being seen, is perhaps the most irritable for a person suffering from social anxiety. Luckily today there are many support groups and many online courses and guides that serve to overcome social phobia gradually and step by step day. Feelings of guilt, fear or paranoia deeper and deeper in the person suffering from this disease, becoming uncomfortable for prying eyes or the conversation that people are having around. In most cases the person tries to avoid situations or public places and ends his life away from others for fear of being judged.

Usually people who suffer this type of pathology, if not treated in time, can become ultimately developing obsessive-compulsive disorder.

What is obsessive-compulsive disorder?

Obsessive-compulsive disorder better known as (TOC) is a disorder in which the person feels frightened by their own thoughts or repetitive actions. You are just distressing situations or actions the person. These thoughts are often of the “intrusive” type. This means those settles in the mind of the person and gets rid of them takes time and effort. While these thoughts are entirely irrational, affect the lives of people around them and end up obsessing about anything: exes, hand washing, scrubbing, sweeping, check the locks, gas, switches etc.