Rett Syndrome is a neurological disorder with a genetic basis. It basically consists of the development of multiple deficits, after a normal period of operation that goes up to 5 months of age, which so far only been observed in girls. In most cases the beginning occurs between the seventh month and two years old. The most characteristic feature is a loss of purposive hand movements and fine hand engine capacity type. It is accompanied by partial loss or lack of development of language, very characteristic stereotyped movements wringing or “wash” your hands, with your arms bent in front of the chin or chest, stereotypic movements of wet hands with saliva, lack of proper chewing food, frequent episodes of hyperventilation, poor bladder control, often have drooling and protrusion of the tongue and loss of social contact. It is very characteristic that these girls keep a kind of “social smile” looking “through” people, but without establishing a social contact. This takes place in the early stage of childhood (though often develop later the capacity for social interaction).

This syndrome was discovered in 1966 by Dr. Andreas Rett in Vienna, Austria, who described 22 girls in a German medical journal. However, this publication did not receive the expected recognition and most doctors were not aware of the disease because of the relatively small circulation of this article. 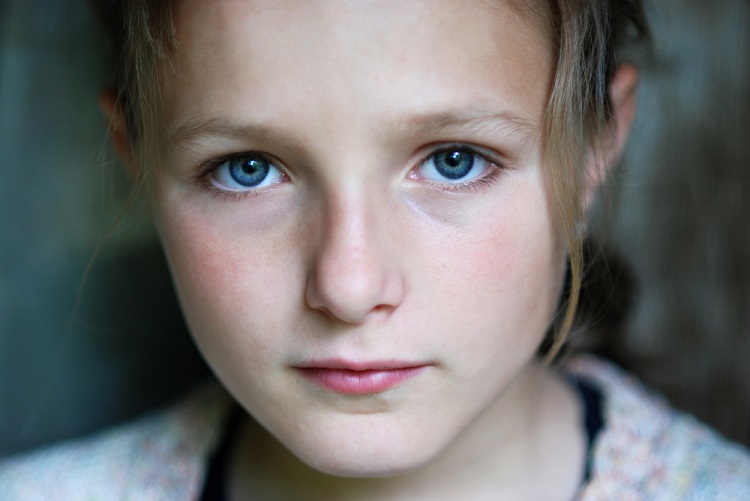 The International Rett Syndrome Association got Dr. Rett examined 42 girls who had been diagnosed as potential cases of Rett syndrome. This meeting brought an increased awareness of the syndrome and its forms of manifestation in the United States. Greater familiarity with the syndrome has led to a better diagnosis.

After an initial phase of normal development, a developmental arrest and then reverse or loss of acquired skills is attending, a decrease in the growth rate of the skull (normal size at birth) is observed with respect to the body between the first 5 and 48 months of life.

There has been a normal psychomotor development within the first 5 months of life. Posterormente the previously developed and stereotyped hand movements (agitate, bite, wringing) appear manual skills deteriorate. a progressive loss of interest in the social environment, which in some cases reappears with adolescence is also observed.

The posture and gait tend to be to increase the base of support, there are muscular hypotonia, and trunk movements are often poorly coordinated and eventually present scoliosis and kyphoscoliosis. Spinal atrophy with severe motor disturbances develops in adolescence or adulthood in about half of cases. Later may occur that usually more rigid marked spasticity in the upper legs. In most cases appear seizures, usually some type of minor attack and earlier start at 8 years.

Another symptom, apraxia -the inability to perform functions motoras- is perhaps the most debilitating feature of Rett syndrome. Apraxia interferes with all body movements, including fixating and speech.

Other symptoms may include walking with the toes, sleep problems; up with a wide base of support (i.e. with legs wide apart); grinding or gnashing teeth and difficulty chewing; retarded growth; cognitive disabilities (learning and intellect) and breathing difficulties while awake manifested by hyperventilation, apnea, and air intake.

They may also be present abnormal electrocardiogram, epilepsy (more than 50% of sick people has had at least one seizure), muscle stiffness that can cause deformity and muscular atrophies, ambulation (in about 50% of subjects), scoliosis and growth retardation.

A) All of the following:

B) Appearance of all of the following after the period of normal development:

It is typically associated with Severe or Profound Mental Retardation and frequently seizure disorders.

It has its onset before age 4 years, usually during the 1st or 2nd year of life, Persists throughout life and decay usually remains or progress. In some cases very limited recoveries occur with very modest evolutionary progress, and some interest in social interaction.

While Rett was the first to discover the syndrome, the disease was detected independently in other parts of the world. Interest syndrome and knowledge are growing rapidly. The medical literature now contains reports of many ethnic groups around the world. Studies to date have found that the frequency of Rett syndrome is 1: 12,000 to 1: 15,000 live births of girls.

It seems to be due to an abnormality of chromosome X dominant on its long arm (Xq28) in the MECP2 position, responsible for the production of the eponymous protein. There have also been cases where this anomaly even being present, the subjects did not meet the criteria for Rett syndrome.

In 1999, scientists identified the gene that is believed to control the functions of other genes. When functioning normally, the MECP2 gene contains instructions for the synthesis of a protein called methyl cytosine binding 2 (MeCP2), which acts as one of the many biochemical switches that tell other genes when to stop working and stop producing their own proteins. Because the MECP2 gene does not work properly in people with Rett syndrome, insufficient amounts of this protein are formed. The absence of protein means that other genes are activated and remain active at inappropriate stages, generating excessive amounts of protein. In the long term, this can cause neurodevelopmental problems that are characteristic of the disorder. In recent years, there has been encouraging progress for those affected and their families.

Adrian Bird and his team, from the University of Edinburgh, have experimented with mice and shown that the symptoms of the disease are not irreversible, but the road ahead is long, this discovery is a great hope for the future of those affected by the Rett syndrome. Between seventy and eighty percent of girls diagnosed with Rett syndrome have the MECP2 gene mutation. Scientists believe that 20 to 30 percent of the remaining cases may be due to mutations in other parts of the gene or genes that have not yet been identified, so continue to investigate other mutations.

Although Rett syndrome is a genetic disorder, i.e. resulting from a defective gene or genes, in less than 1 percent of recorded cases are inherited or passed from one generation to the next. Most cases are sporadic, which means the mutation occurs randomly and not inherited.

There is no operative therapy for Rett syndrome. However, much of the authors believe that the course of the disease may be modified by a variety of therapies aimed at slowing the progression of motor disabilities and improve communication skills. Therefore, the drug delivery is primarily aimed at countering the motor disorder. They have been used L-dopa and dopamine agonists. Among these, bromocriptine and lisuride have yielded some positive results.

They were detected and improvements in respiratory symptoms and behavioral seizures with naltrexone supply, which stops the production of beta-endorphins inhibiting opioid receptors. To counteract seizures are also used successfully anticonvulsants like carbamazepine, valproic acid and lamotrigine and gabapentin latest. The drugs are complemented by therapies aimed at achieving improvements in both educational and cognitive level as in behavioral and better management of emotions.

Despite the difficulties entail symptoms, most individuals with Rett syndrome continue to live to adulthood. Because the disorder is rare, very little is known about the life expectancy and long-term prognosis. Although it is estimated that there are many middle-aged women (between 40 and 50 years) suffering from this disorder they have not been studied enough cases to perform accurate calculations of life expectancy beyond age 40.