Is Homophobia Real or Are You Just a Jerk?

There’s all sorts of talk floating around the web about the reality – or lack thereof – of the age old social disturbance known as homophobia. Is there really such an irrational fear, as deep seated as it is flagrantly ridiculous, of people who are attracted to their own sex rather than the opposite? If you suffer from homophobia, are you even aware that you really are suffering? After all, you may be quite comfortable with your prejudices or even with your lurking desire to witness or cause harm to all those who bat for the other team. Whether others around you are quite as sanguine may be a whole other matter.

When It Comes Down to It, What Does Your Homophobia Really Consist Of?

You may want to start by asking yourself what does homophobia really consist of? Are you afraid that by coming into contact with a suspected gay person because such contact may influence you to adopt a similar lifestyle? Do you carry your perception of a phobia to the ultimate extreme wherein you are convinced that such contact might actually “infect” you to the point where you have no choice but to convert? Does the thought of moving to a particularly well kept and brightly lit section of San Francisco fill you with horror, precisely because you believe you would never do so unless actively infected?

Why Do These Feelings Affect You When They Seem to Bypass Others?

Another important question that you may want to ask yourself right about now is why these feelings of homophobia seem to affect you in particular while they seem to bypass all or most of the other people in your social circle. For example, if the only other person who regularly makes rude remarks about gays is the guy who comes on television to ask for money in the name of Jesus, you may find yourself in more of a minority than even the people you denigrate. In the meantime, it may be instructive to examine the usual fate of folks who speak or preach the loudest against people of the gay persuasion. 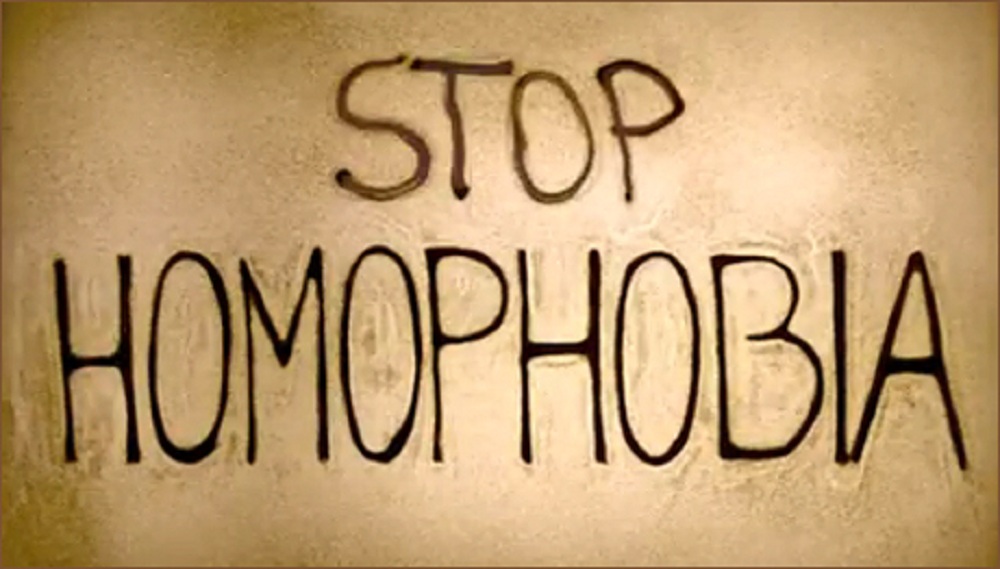 Is There a Common Fate That Always Seems to Befall Homophobic People?

Has anyone ever made you aware of the fact that there does seem to be a common fate that sooner or later overtakes people who exhibit all the classic signs of homophobia? As it turns out, this is no mere conjecture or passing fancy. People who preach and protest the loudest against “queers” do seem to be caught – whether in legal or sometimes very illegal – fashion with a “male sleeping companion.” In most cases, neither partner is observed in the act of sleeping. This is a phenomenon that has been observed on countless occasions as far up the chain of command as several highly placed government officials.

If You Can’t Keep Hating Them, Learn to Casually Dislike Them

Is there a way that you can conquer your irrational feelings of homophobia or at least come to grips with them? This is a tricky question that hangs in the balance over a very slippery slope. If you can’t learn to deal with your homophobic leanings, you may well lose whatever grip on balanced mental behavior you currently possess. No one wants to see you go over the edge in a paroxysm of blind fear and irrational hated. On the other hand, if you can confine your homophobia to a more generalized, if scarcely less pathological, aversion, you will certainly be all the better for your new found “relative tolerance.”

How You Can Make the Most of Your Pseudo-Phobic Status

If you’re ready to expand your feelings beyond the level of mere hatred, you may even notice that the “homophobia” you have been experiencing is really no phobia at all, but actually more of a symptom of your relative lack of facility in social situations as a whole. This is a realization that you can learn to use to your immediate advantage. In our next Phobia List installment, we will show you some excellent examples of how to use your irrational “fear” to reap major financial and political gains.