Is there any way to become a better man ? Everyone tends to paint themselves in much more flattering colors than reality shows. There is no question of whether one is a good person or has the best of intentions. By ‘becoming a better man’ we mean the ability to improve the actual results obtained and the image that others have of us, especially on a professional level. Form but also substance, because the two go hand in hand when discussing the strategies to make that leap from one of the many to one of the few. After all, life is a continuous process of study and improvement. Here are 10 ways to become a better man (or at least try).

There comes a time in everyone’s life when the situation is critical and the pressure threatens to crush us. Whether it’s in private life or work, the difference between a leader and one who is satisfied is precisely in the ability to manage these negative moments. Improving yourself means working on the mentality, starting from the skill in facing crossroads, challenges and obstacles. Karma must be ‘never giving in to pressure and, indeed, getting the best out of the worst.

GIVE AND DEMAND RESPECT

Selfish people tend to think that everything is their due. Even a good person, if he does not abandon this mentality, risks not reaching his goals. In life and at work, it is important to be able to give as well as to demand. Giving in the sense of offering help, improving others, respecting those around. At the same time, however, you have to be strong and able to ask for what you deserve (a promotion, more respect, more money). Only in this way will it be possible to obtain the respect necessary to become better men.

It is difficult to live without giving in to prejudices or first impressions, yet it is precisely from this step that the improvement of oneself as a human being passes. Each person, at a given moment, is in a different stage of his existence and development, and for this reason, he must be respected and not judged or criticized. Often those who welcome others without preconceptions may seem naïve, yet the more you love others without judging them, the more you get their unconditional and sincere respect.

HAVE A PURPOSE IN LIFE

Even the best of men will be able to achieve very little if they do not have a clear idea of what their purpose in life is. Of course, not everyone is so determined and sure of what will be, but we must avoid the resigned and fatalistic attitude, because it forces us to go around aimlessly, in work and in private life. The purpose must be built gradually, as a goal made up of various steps. The ability (and fortitude) to reach the individual doors and then the final goal is what makes the difference in a better man.

Intellectual honesty always pays off, whether it’s for work or interpersonal relationships. It is easy to give in to the temptation to lie to embellish one’s existence (or one’s resume, for that matter), but the self-confident man is also capable of sticking to the truth of the facts. This, of course, also means keeping your word and never making commitments that you are sure you cannot keep. Remember that others judge you not for what you promise to do but for what you actually do,

BE CONSISTENT WITH YOURSELF

Consistency is everything in life and the man who wants to improve himself will have to start from the ability not to give in to compromises with his own personal integrity. Those who think they are smart tend to think that others are unable to recognize the true from the false, but obviously, this is not the case. People have a special sensitivity in recognizing who lives by lies and who does not play a part. A coherent personality, even with its flaws, gets more and more respect from those who change their mask at every opportunity.

Losing control of your emotions is the best way to alienate the respect of those around us. Those who aspire to become a better men must learn to keep their emotions under control, even and especially when the situation threatens to make them explode. Boredom and anger are not common emotions, which everyone feels and which, at times, are inevitable. Being able to control oneself does not mean pretending, but letting the message leak out without scenes, screams, and behaviors that lead to the wrong path. A man worthy of respect is one who can feel the emotions of the moment but keeps them in check.

TRY TO BE AN EXAMPLE

The best man is the one who behaves, in a natural and unforced way, as if he were to be an example for others. Those who think only of themselves, unaware (or, worse, disinterested) of the judgment of those around them, risk easily losing the respect of others. Because he has no interest in knowing what they feel and think. Improving yourself, then, also means expecting from yourself what you expect from others, putting yourself at the forefront when it comes to working hard, encouraging others, and guiding them when needed. Leadership is a natural trait, but it doesn’t mean it can’t be cultivated.

As mentioned in the previous point, the ability to become a leader in difficult situations is an almost genetic characteristic. Either you have it or you don’t have it. Those who fall into the second category, therefore, must work precisely on the ability to become an ‘alpha man’ when necessary, assuming the role of the boss without crushing others. It is a difficult path and not everyone succeeds (or feels like it) because it means working to improve others as well as themselves. Natural leaders, however, are the ones who enjoy the greatest respect, because they have earned it on the ground and without claiming superiority. 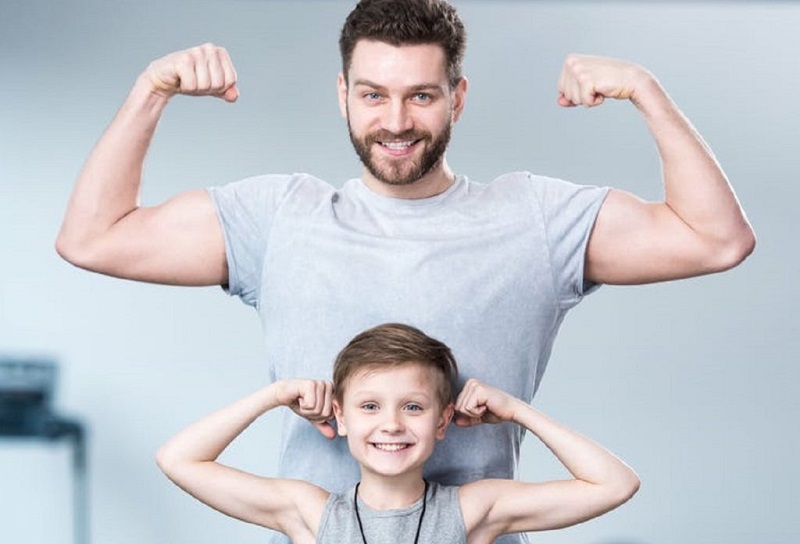 In the end, the whole process leads to this pivotal point: a better man is able to take responsibility for what he has done in his life (private or professional), whether it is a success or a failure. Sure, it’s easy to take credit when you get a dazzling victory, but the real man is the one who raises his hand when looking for the causes of failure, putting himself at the forefront and working to make it never happen again. Success is not served on a silver platter and it is easy to give in to the temptation of an apology, but the true leader never does. Because he is aware that a defeat is only the starting point for a new challenge.